The roots of Stout Asset Management, LLC began in the summer of 2002 for Christian when he moved to Tucson, AZ.  That was when Christian joined Morgan Stanley as a Financial Advisor and successfully moved into the role of Vice President of Wealth Management, along with becoming the Complex Sales Manager. His roles were not only working with clients and companies; but to assist advisors in the complex, as well as to assist the local branches with operations. After 10 years, he left Morgan Stanley to join UBS in the role of Vice President of Wealth Management and as a Financial Planner. In 2015, he left UBS to join Commonwealth Financial Network in Austin, TX as a partner and Wealth Manager. The foundation of Stout Asset Management is built on three core beliefs; honesty, trust and confidence.

Christian was born in New South Wales, Australia, but his parents quickly moved back to the U.S. and he was raised in Oswego, NY with his two sisters. Upon graduating from Oswego High School he moved to Logan, Utah to attend Utah State University. He was enrolled in their Forestry program which was later changed to Accounting; he received a Bachelor of Science in Accounting in 2000. He then was hired by Mutual of New York (MONY) as their Accounting Representative in Syracuse, NY. After a couple of years, he decided to move west and landed in Tucson, AZ where he met his wife Julie along with his two stepsons, Aaron and Ethan.

Christian enjoys the outdoors, whether it be fly fishing, golf, camping, or paddle- boarding. Along with his wife, they both enjoy going to museums, exploring Texas towns, and going to local events as well as trying all the wonderful food Austin has to offer. 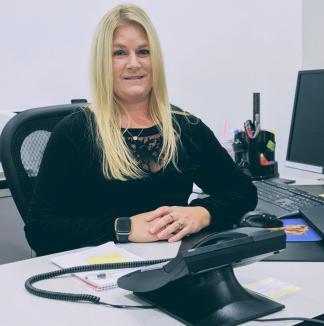 Crystal was born and raised in Oswego, NY along with her family which is very important to her.

She has worked in the financial industry for over 17 years and brings with her a plethora of knowledge from her previous roles. She incorporates her passions into her daily duties, while continuing her education to expand upon her knowledge and responsibilities. She thoroughly enjoys the community that she resides and works in and is passionate about giving back. She is a graduate of Leadership Oswego County Class of 2013 and has previously sat on the OCO Board of Directors and planning committee.

Crystal also enjoys the outdoors, whether it be running, walking or just enjoying the beautiful views of Lake Ontario. She also loves to take part in local and surrounding community events.

Crystal can be reached at extension 205.

Amanda was raised in Hannibal, NY where most of her focus in high school was music, business, and math.  After high school graduation she went right to work in retail banking.  After deciding to continue her education, she moved to Ithaca and received her Certificate in Massage Therapy.  After graduating from the Finger Lakes School of Massage in the Spring of 2005, she moved back to Hannibal, NY where she worked as a Licensed Massage Therapist.  Even though Amanda enjoyed Massage Therapy, she knew there was still something in the financial industry for her.  With over 10 years of experience in the Retail Banking and Customer Services Industries, she took a leap and applied to Stout Asset Management, LLC and found her new interest in financial planning.  Amanda has been with Stout Asset Management, LLC since July of 2020 and enjoys learning new things and aspires to grow within the company and help clients meet their financial goals.

Amanda currently lives in Sterling, NY with her husband, Ron, and their growing family.  She enjoys watching her children grow and learn and spending as much time with them as she can.  When her and her husband have spare time, they also enjoy going to dirt car racing events and listening to music.

Amanda can be reached at extension 208. 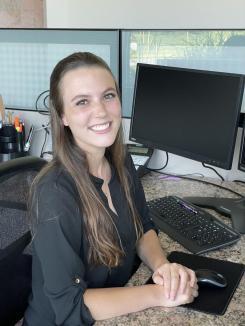 Sarah is one of the first faces you will see when entering the Stout Asset Management office. She thoroughly enjoys the opportunity to greet clients and provide a warm welcome into the office. Sarah is responsible for various administrative duties as well as scheduling all office activities for both clients and staff. Sarah joined our office in 2021 bringing over experience from prior retail banking and customer service positions. She earned an associate degree in health sciences from Cayuga Community College.

When she is out of the office you can likely find her reading, spending time with friends or family, enjoying the sunshine, doing yoga, or dancing. Sarah has previous experience as an assistant dance teacher and even after over 20 years of involvement, she still enjoys devoting extra time to the studio when she is not already scheduled to be there. She is always looking forward to new experiences, expanding her knowledge, and enjoying every moment in life.

Sarah can be reached at extension 203.